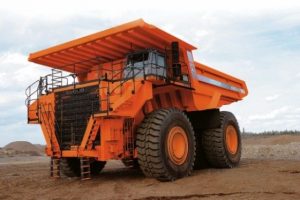 Hitachi recently invited around 40 analysts and influencers to an event in Las Vegas to hear what it is up to. What would previously have focused on just one its divisions, HDS (Hitachi Data Systems), talking about what wonderful storage systems it produces, was instead something far more wide ranging and, overall, more interesting.

Hitachi has, after a long time, realised two things:

When looking at some of the Hitachi divisions – such as in the construction. mining and transport industries – it was apparent that Hitachi has been operating in the area of the internet of things (IoT) for a lot longer than anyone has been talking about IoT itself. For example, Hitachi’s trains have always been a complex collection of inter-related sensors, actuators and other devices. Its new trains in the UK will be so full of IoT devices that they will be able to functionally replace most of what Network Rail’s specialist rolling stock does in monitoring the track for any problems. Instead of having only half a dozen specialist trains running as and when they can, Network Rail will receive data from every single Hitachi train that runs – and at full speed.

Consider in mining: as well as the vehicles that Hitachi provides into the environment, it also works with third parties to enhance the overall IoT environment. It has carried an exercise with one large mining company has that resulted in massive process optimisation – even down to the level of knowing when it makes economic sense to stop mining for a period of time due to weather issues coming through, the spot price of metals and so on.

As such, Hitachi has created a new group, called Hitachi Insight Group, which is serves as an umbrella to pull all the good bits together from the Hitachi divisions and create an overall strategy for how Hitachi will play in the IoT market.
As part of this, it has created an IoT reference platform, which it has called Lumada. Lumada will act as a core central part of an IoT architecture, and will be based on open standards; will be adaptable for the future and will also be verified and secure. As part of the means of Lumada being able to deal with the past as well as the future, it uses technology gained from Hitachi’s acquisition of Pentaho in June 2015 to manage data acquisition from older, more proprietary IoT systems, such as SCADA devices.

However, this is where Hitachi fell back into problems that Quocirca has seen before. The main tent session stated that Lumada was categorically not a platform (it is). This was then contradicted in a couple of sessions afterwards – although one Hitachi representative tried to explain it to me that a ‘platform’ had to be a product (it doesn’t) and as Hitachi was not going to be selling Lumada separately, then it was not going to call it a platform (but it does – on its own website, here).

Hitachi also under-messaged what Lumada is likely to be able to do. It only mentioned aggregation devices when pressed by an attendee. It didn’t really get into how Hitachi’s skills in understanding the two-way granularity of the IoT is so important – for example, a train is both an IoT platform in itself, with all those devices in it, as well as a single IoT device that sends a stream of data to a central environment as required.

Nor did it use the highly differentiated use cases that it could have done to show how Lumada is completely different from other activity in the IoT space. Rather than talking about how the IoT capabilities of the trains in the UK has completely changed how the train operating companies (TOCs) will use a train – moving from a leasing model from rolling stock leasing companies (ROSCOs) such as Lombard North Central or GE to a ‘Train as a Service’ model where the TOC pays Hitachi based on how reliable and available the trains are – Hitachi pretty much just talked about areas that can be heard from any other company that is dabbling in the IoT.

Other areas, such as Hitachi’s involvement in the move from human drivers to autonomous driving of fifty 500 tonne Caterpillar and Komatsu mining spoil trucks and how this has changed both how fast the vehicles can move, how close they can drive in convoy, how close they can pass on the road and the savings on parts such as gear boxes, brakes and the avoidance of accidents were not touched on.

It is a given that Hitachi will have engineered any solution to the nth degree. It is a given that the technology will be at least up with the best, and often ahead of them. The problem for Hitachi is that it has to stop being just an engineering company and start true marketing – otherwise it will remain a big player in the markets where it is already known – but pretty invisible outside of those.