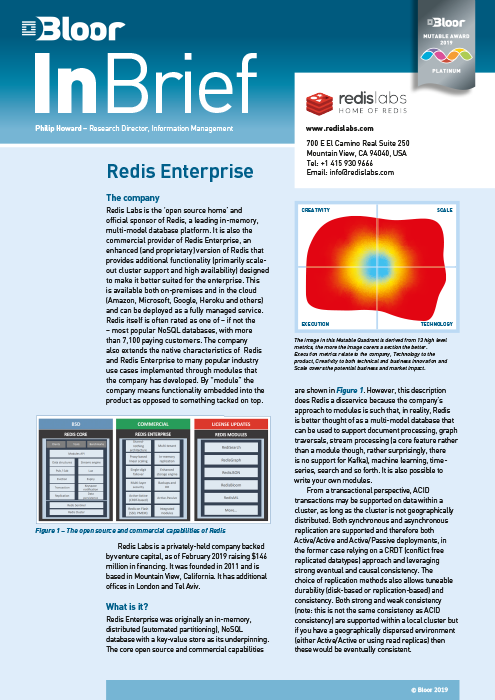 Redis is an in-memory, multi-model database platform. Redis Enterprise is an enhanced (and proprietary) version of Redis that provides additional functionality (primarily scale out cluster support and high availability) designed to make it better suited for the enterprise. This is available both on-premises and in the cloud and can be deployed as a fully managed service.

Redis Enterprise was originally an in-memory, distributed (automated partitioning), NoSQL database with a key-value store as its underpinning. However, this description does Redis a disservice because the company’s approach to modules is such that, in reality, Redis is better thought of as a multi-model database that can be used to support document processing, graph traversals, stream processing (a core feature rather than a module though, rather surprisingly, there is no support for Kafka), machine learning, timeseries, search and so forth. It is also possible to write your own modules.